Ms Grossówna was born on 25 November 1904 in Toruń. She was a film and stage actress, and a dancer, as well as a stage and film choreographer. A versatile artiste, with musical, acting and dancing skills, the Toruń native quickly became a star of the most-famous musical-comedy films of the 1930s.

She debuted in December 1924 at the Miejski Theatre in Toruń as an extra in Księżniczka czardasza/The Gipsy Princess. Two years later, she graduated from ballet school in Toruń and began performing as a dancer. In 1928, she left for France to study in a ballet academy and subsequently went on a ballet tour across Europe.

After two years of travelling, Ms Grossówna returned to her home city, and within just one season she performed in fourteen premières, primarily revues and operettas, and created the choreography for seventeen plays.*

Her screen debut took place in 1935 in a film entitled Kochaj tylko mnie/Love Only Me by Marta Flanz. Grossówna’s career was progressing extremely fast – prior to the War, she starred in seventeen pictures with other famous film stars, such as Eugeniusz Bodo, Aleksander Żabczyński, Adolf Dymsza and Ludwik Sempoliński. Rumour has it that on 1 October 1939, she and Adolf Dymsza were supposed to attend a first meeting with an agent in Hollywood. Those dreams were cut short when the World War II broke out. During the War, Grossówna was a soldier of Armia Krajowa (the Home Army), and commanded the “Sokół” battalion as a First Lieutenant under the codename “Bystra” during the Warsaw Uprising. After the fall of the Uprising, she was a prisoner in the Gross-Lubars and Oberlangen camps. This is where she met her future husband, Tadeusz Cieślinski, whose units – part of the army of Stanisław Maczek – liberated the camp.

After returning to Poland, a former soldier of AK and a soldier of the Polish army in the West were not welcomed by the Stalinist authorities. Ms Grossówna never resumed her brilliant film career. She focused on the theatre for many years, and subsequently played only supporting roles and bit parts. She even returned as an actress to her home city of Toruń when a Janusz Nasfeter film, Kolorowe pończochy/Coloured Stockings, was filmed there.

In 1962, she played her last bigger role in O dwóch takich co ukradli księżyc/The Two Who Stole The Moon.

A roundabout in Toruń was named after her.

* Based on the book by Krzysztof Trojanowski, Ph.D., the actress’s biographer. 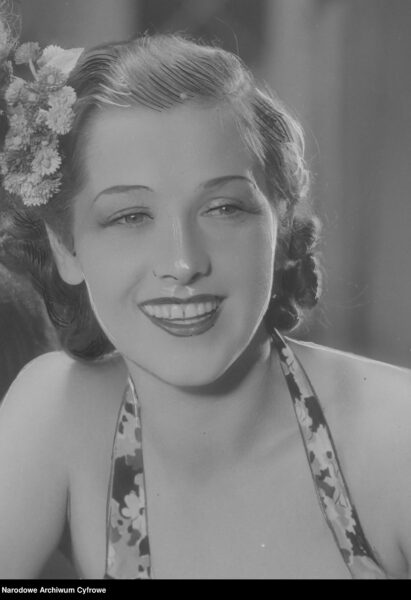 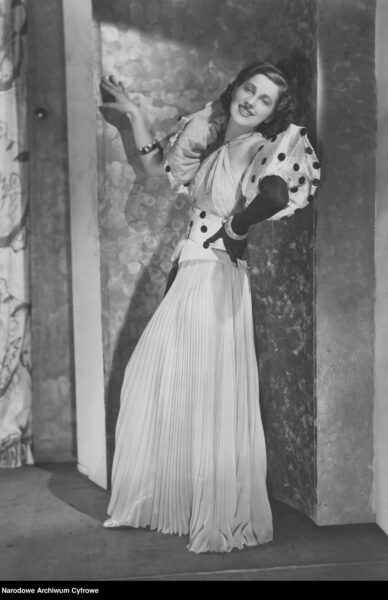 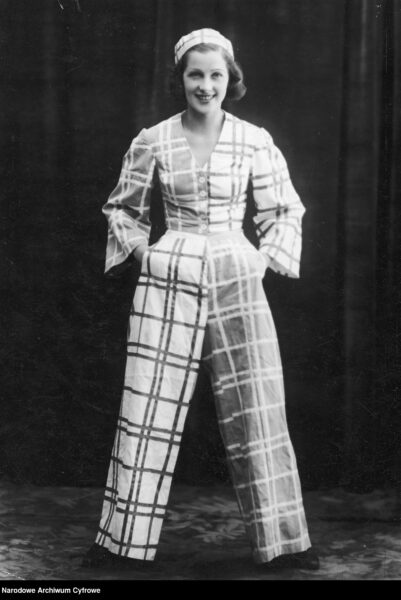 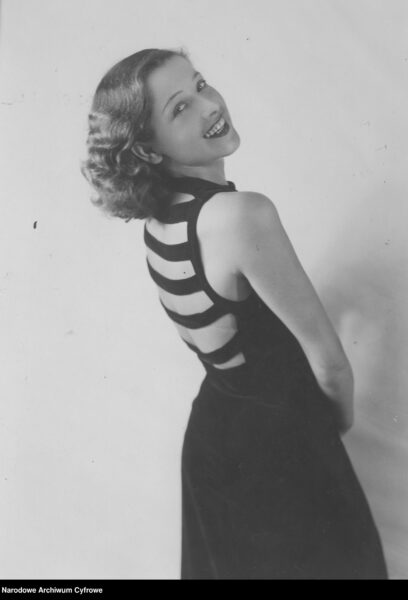