The script is a combination of three sources of inspiration. Naturally, the basic source for the film is the short story Tatarak written by Jarosław Iwaszkiewicz in the 1950s, enriched with certain threads taken from the short story Nagłe wezwanie by Sandor Marai.
The second source is semi-documentary “diary notes”, involving the process of making the film and documenting the film set, made with a camera. The third and definitely the most-emotional source is the famous monologue by Krystyna Janda, based on her diary entitled Zapiski ostatnie (Final Notes).

The film starts with an autobiographical monologue performed by Krystyna Janda, spoken against the background of a copy of the painting by Edward Hopper entitled A Woman in the Sun. The film also contains shots of the film set (a film within a film).

Tatarak/Sweet Rush is a story about Marta, a woman past her prime, who lost her two sons during the Warsaw Uprising. Now, she is living a rather-dull life, full of routine, in a little town. When she meets a beautiful young boy, Boguś, everything changes.  Marta’s husband, a doctor, decides not to tell her wife that she is dying of cancer.  Instead, he does not oppose  Marta’s meeting Boguś. Being head over heels in love with a much-younger boy, the woman is living her second youth. Unfortunately, the idyll does not last – Boguś drowns, when swimming in the river to the other bank, in order to pick the titular sweet rush for Marta.

Grudziądz was an excellent choice as the background for the events taking place in Tatarak/Sweet Rush.

It was shot in the following places 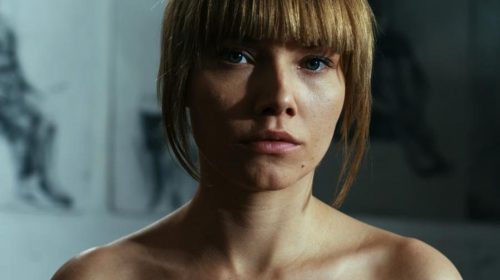