,,Miasto” is a film directed by Maciej Sauter, a film director from Bydgoszcz, and based on his own script. He is one of the founders of the unofficial film school for young documentary filmmakers in Bydgoszcz, the so-called Bydgoszcz Newsreel (Bydgoska Kronika Filmowa).

,,Miasto” is a film, which combines drama with elements of a crime story with a hint of film noir. It portrays a lone detective, who becomes a pawn in a much bigger mafia scheme, while trying to solve a mysterious murder case. The main protagonists in the film are played by Bartłomiej Topa, Karolina Gruszka, Mieczysław Kropielnicki, Piotr Nawrocki and Grzegorz Warchoł. Two of the secondary characters in the film are played by luminaries of the Polish cinema, namely Robert Więckiewicz and Stanisław Tym. 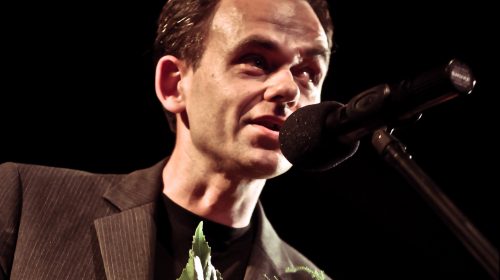