Supernova is a short feature film discussing the mysteries of human life, which remain as unfathomable as the cosmic space.

The Director invited excellent actors to work with him in  Supernova. The film features performances by Andrzej Wichrowski – an actor in the Stefan Jaracz Theatre  in Łódź, winner of several-dozen awards for acting. In 2012, he was awarded the Brown Medal for Merit to Culture – Gloria Artis, and in 2013, the Silver Cross of Merit; Cezary Łukaszewicz – actor in Teatr Nowy in Poznań and the Polish Theatre in Wrocław; Ewelina Szostkowa – actress in Teatr Nowy im. Tadeusza Łomnickiego in Poznań, also popular for her role in Głód/Hunger by Marika Krajniewska, which was also filmed in Toruń.

Piwnice, near Toruń – The Astronomy Tradition

In some shots in the film, one can see astronomical telescopes and a giant radio telescope, 32 meters in diameter.

Produced by: the Krzysztof Kieślowski Faculty of the Radio and Television University of Silesia 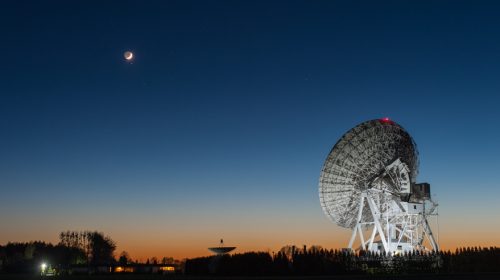