,,Słyszeć więcej” is a documentary film based on a script written by Natalia Puchalska, who has also directed the film.

,,Słyszeć więcej” is an acoustic journey, which takes an effort to prove that music was created to express things that cannot be said with words. With that in mind, the film takes you on a tour through the world of sounds, using Thai gongs, bells, metal objects taken straight from the scrapyard, and sounds of the city and nature, as its palette. We will also have a chance to take a peek at artists during their rehearsals, field recordings or performances. The film introduces the audience to the world of an artistic quest for new sounds.

The film by Natalia Puchalska was co-financed by the Marshal’s Office of Kujawsko-Pomorskie, the Municipal Office of Toruń, and Toruńska Agenda Kulturalna (Toruń Cultural Agency). 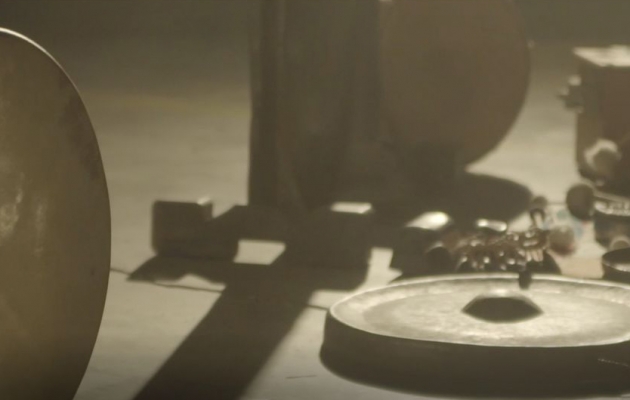