Irena Santor was born on 9th December 1934, in Papowo Biskupie, a village located in the Province of Kujawsko-Pomorskie, in the district of Chełmno. Just one year later, she moved with her parents to Solec Kujawski, where she grew up. She is a singer adored by many generations of music lovers, but during her career she has also tasted some smaller film episodes.

Irena Santor lost her father during the Second World War, he was murdered by the German Selbstschutz. In 1948, she and her mother moved to Polanica Zdrój, where one of the local teachers discovered she had some talent. The teacher asked Zbigniew Górzyński, director of the Grand Theatre in Poznań, who was staying at the health-resort in Polanica Zdrój at the time, to audition her pupil. A little later, Zbigniew Górzyński presented young Irena Santor with a letter of recommendation, which was addressed to Tadeusz Sygietyński, founder of the National Folk Song and Dance Ensemble “Mazowsze”. This way, in 1951, Irena Santor started performing as a member of the ‘Mazowsze’ group. At that early stage of her career, she was learning the art of singing from Professor Wanda Wermińska, a prima donna of Grand Theatre in Warsaw from the pre-war period.

In 1959, Irena Santor started her solo career. The artist is the indisputable First Lady of the Polish Song and she has recorded over a thousand songs. They include some of the most memorable of her performances, which have found their permanent place in the history of the Polish popular music, for example: “Maleńki znak” (1960), “Embarras” (1960), ,,Powrócisz tu” (1966), “Tych lat nie odda nikt” (1970), or “Już nie ma dzikich plaż” (1985). She performed on numerous occasions at the National Festival of Polish Song in Opole and the Sopot International Song Festival for which she received many awards.

The year 1961 marked the première of the film ,,Przeciw bogom” / “Man Versus God” directed by Hubert Drapella, in which Irena Santor sang. In 1962, the artist gave her voice to Lidia Korsakówna, who played Jadwiga Piorunowiczowa in the film ,,Klub Kawalerów”/”Bachelor’s Club” directed by Jerzy Kawalerowicz.

Irena Santor has had three film episodes, altogether. In 1968, she was cast in the musical comedy ,,Przygoda z piosenką”/”Adventure with a Song” directed by Stanisław Bareja, which told a story of a young starlet trying her luck at the Festival in Opole. In the film, Irena Santor played the role of singer Suzanne Blanche (a.k.a. Zuzanna Białko). A year later, in 1969, the artist was featured in the film ,,Koncert na 707 ulic” directed by Ryszard Pluciński. As for her more recent film role, in 2007 she played herself in the TV series ,,M jak Miłość“.

In 2008, Bohdan Kezik made a documentary film titled ,,Pracowity żywot Ireny Santor”, dedicated to the artist. 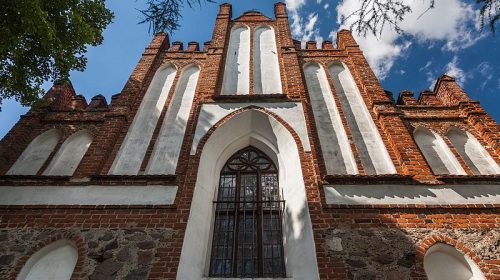