Radzyń Chełmiński is a town located in the Chełmno Lake District, some 15km East of Grudziądz, close to the road to Wąbrzeźno.

The castle comprised a high castle circumscribed on a square, with a courtyard with a two-storey gallery, a large free-standing eight-sided tower, and a number of smaller four-sided towers built on every corner of the castle. The southern wing was accentuated with ornamental gables.  That wing featured the entry gate, a refectory, and a church with a stellar vault.

The castle was devastated in the 17th Century and partly demolished in the 18th and 19th Centuries.

Only parts of the southern wing with the chapel, elements of fortifications, and the cellars, have remained to this day. The remains of the outer bailey include almost-intact lower sections of the southern and western wall.  The ruins of the castle are open to tourists.

It is possible to climb up both corner towers, from where there is a beautiful view of the environs. The cellars are used for exhibitions, for example mock-ups of mediaeval buildings and instruments of torture.

In addition to the huge castle in Malbork, it was particularly the ruins of the castle in Radzyń Chełmiński that film director Hubert Drapella chose as film settings for his Samochodzik i Templariusze/Samochodzik and the Knights Templar TV series, which premièred on Polish Television on the 20th February 1972. The script for the film was based on a best-selling novel for teenagers by Zbigniew Nienacki, which has been a must-read for young thriller enthusiasts for several-dozen years.

Although the castle portrayed in the series is said to be situated “somewhere in the Suwałki Lake District”, it was the ruins of the castle in Radzyń Chełmiński which played host to the film crew and Stanisław Mikulski, who was cast in the leading role of Mr Samochodzik, following the great success of his performance in the Stawka większa niż życie / More Than Life at Stake TV series.

On the road going from Radzyń Chełmiński to Wąbrzeźno, there is the village of Jarantowice, birthplace of Paul Wegener, an outstanding and film and theatre Director. He was a unique artiste, considered one of the initiators of the horror genre in international cinema, and the originator of the  iconic  cinema personification of the Golem. Wegener was also one of the precursors of German expressionist cinema, and generally a pioneer of cinema. 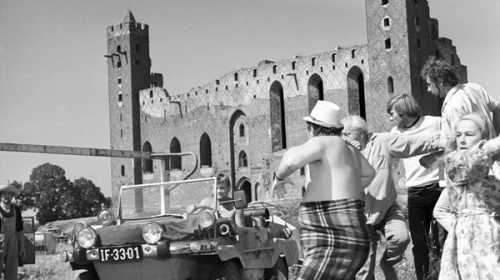 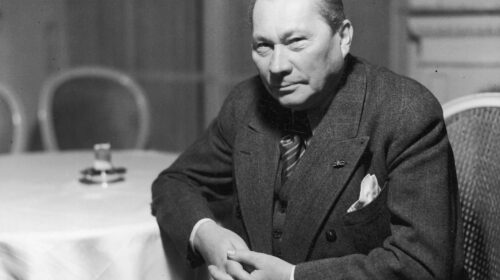 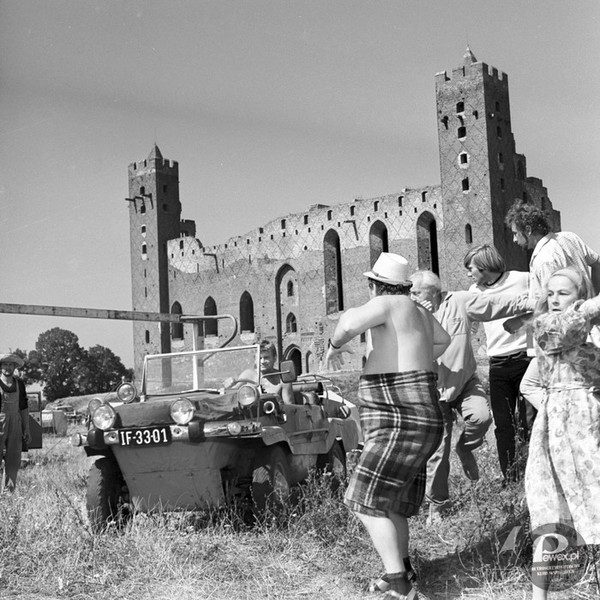