He was born on 9th July 1986, in Bydgoszcz. Robert Proch used to be known under the pseudonym Tone. He was a painter, street artist, and author of animated films. His artistic work was shown in galleries all around the world, for example in Rome, Los Angeles, Paris, Miami, or as part of an individual exhibition at the Steve Lazarides’ gallery operating in London, in 2014.

In 2005, he graduated from the Leon Wyczółkowski Art High School in Bydgoszcz, and then, in 2010, he went on to study at the Department of Animation, the Faculty of Animation and Intermedia of the State Higher School of Fine Arts in Poznań. He was one of the most recognisable and valued street artists of the young generation. He created his art on the walls of buildings in Poland, Finland, or France. You can admire his two twin murals on the buildings located on ul. Morcinka 2 and Morcinka 4, in Łódź.

Robert Proch was also the author and director of two animated films. His professional portfolio includes the short films ,,Fugu” (2008) and ,,Virus” (2009), or ,,Galeria” / “The Gallery” (2010), which won an award at the International Short Film Festival – Curta Cinema in Rio de Janeiro.

He died on 17th July 2017, in Poznań. He was interred at the Municipal Cemetery at ul. Wiślana, in Bydgoszcz. 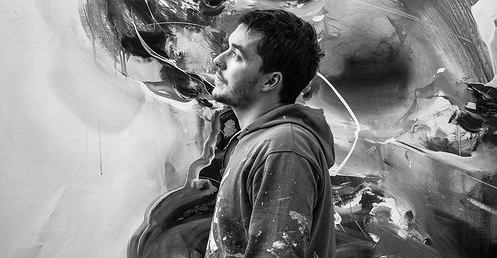