She was born on 9th January 1934, in Bydgoszcz. He is a theatre and film actress. Back in the 1950s, her beauty was a delight for the eyes, which earned her the nickname of “the Polish Brigitte Bardot”.

In 1956, the actress graduated from the State College of Acting (later renamed to the AST National Academy of Theatre Arts) and in the same year started working for Powszechny Theatre in Łódź. She stayed loyal to the theatre until 1992 and with only a brief break from work, throughout that whole period.

Her début on the silver screen came as early as during her studies, when she played in the war drama ,,Godziny nadziei” / “The Hours of Hope” (1955) directed by Jan Rybkowski. That same year, she also played the fiancée of one of the main protagonists in the film ,,Opowieść Antlantycka” / “The Atlantic Tale” directed by Wanda Jakubowska. Following that, the young and beautiful actress received so many proposals for a film role that she could just pick any she liked. In 1956, she played one of the main characters in the film fairy-tale ,,Warszawska syrena” / “Mermaid of Warsaw” directed by Tadeusz Makarczyński. After that, in 1957, she played Baśka, who is the main character in the drama ,,Skarby Kapitana Martensa” / “The Treasure of Captain Martens” directed by Jerzy Passendorfer. In 1957, she was cast in the film ,,Eroica” / “Heroism” directed by Andrzej Munk. One year later, in 1958, she partnered up with Zbyszek Cybulski in the drama ,,Ósmy dzień tygodnia” / “The Eighth Day of the Week” directed by Aleksander Ford. In 1958, she played the main character in the Polish-Czech co-production ,,Zadzwońcie do mojej żony” / “What Will My Wife Say to This?” directed by Jaroslav Mach. After that, she played in such films as: ,,Inspekcja Pana Anatola”/ “Mr. Anatol’s Inspection” (1959) directed by Jan Rybkowski, ,,Zezowate szczęście” / “Bad Luck” (1960) directed by Andrzej Munk (1960), ,,Dwa żebra Adama” (1963) directed by Janusz Morgenstern, or ,,Piekło I niebo” / “Hell and Heaven” (1966) directed by Stanisław Różewicz. In 1982, she played alongside Bogusław Linda, a native of Toruń, in the drama ,,Matka Królów” / “The Mother of Kings” directed by Janusz Zaorski. Finally, she played in three films directed by Andrzej Barański, namely in ,,Nad rzeką, której nie ma” / “By the River Nowhere” (1991), in which partnered up with Adrianna Biedrzyńska , in ,,Kawalerskie życie na obczyźnie” / “A Bachelor’s Life Abroad” (1992) and in ,,Dwa księżyce” / “Two Moons” (1993).
Barbara Połomska was also no stranger to television productions and we can see her in such TV series as: ,,Janka”, directed by Janusz Łęski and Adam Iwiński, in ,,Dziewczyna z Mazur” directed by Jan Dziedzina, or in Paradoks (2012).

On 1st October 2020, Barbara Połomska was awarded her own star, which was officially unveiled in the Alley of Stars on ul. Piotrowska, in Łódź. 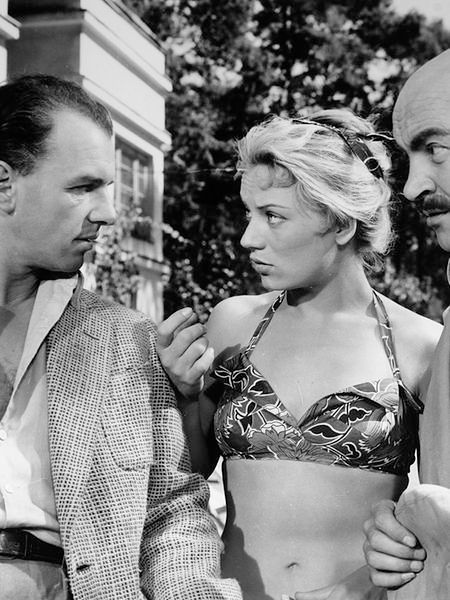 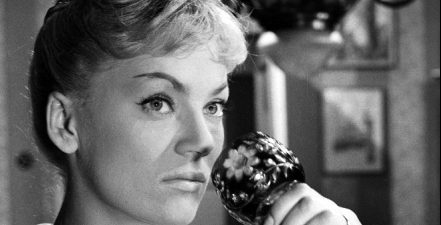