The horror film Nawiedzona Polska/Haunted Poland is a full-length début from a Spanish film director Pau Masó, comprised exclusively of amateur footage made by the protagonists in the film, who used a video camera.

The film focuses on a young couple, Ewelyn and Pau, living in America, who come to Poland to meet up with girl’s family. Ewelyn returns to her hometown of Chodecz, located in the region of Kujawy. She visits the graves of her parents, while Pau gets to meet her grandma and relatives. The couples stays at a house in the village, where they soon start seeing paranormal phenomena. The unusual and disturbing events make Ewelyn quite upset, but her boyfriend Pau is at first very sceptical about the paranormal nature of the events.

The main protagonists in the film were played by film director Pau Masó and Ewelina Łukaszewska, an actress born in Włocławek, who now lives in Spain. She emigrated to Spain in 2007, soon after graduating from her studies. In the film, you can also see Irene Gonzalez, an actress with previous experience in working with Pau Masó. Also starring in the film are the brother and grandmother of Ewelina Łukaszewska, Mrs Krystyna Grzelak, with the actual house of the latter becoming the haunted house in the film.

The film was shot on locations in Toruń, Chodecz, Włocławek, and the village of Nowiny. The region of Kujawy seemed to agree well with the concept of an independent film, being a somewhat mysterious place, as the film director himself admitted. Quite interestingly, it was Ewelina Łukaszewska herself, who came with the suggestion of shooting the film in her home region. 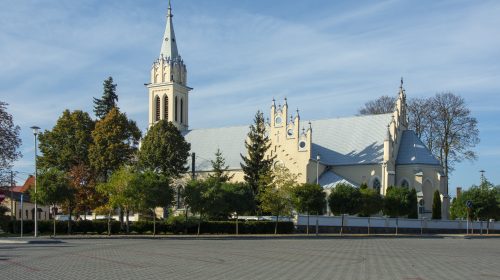