He was born on 26th February 1964, in Nakło nad Notecią. He is an entertainer, satirist, singer, songster and interpreter of French songs.

He made his début in 1983, at the 20th edition of the National Festival of Polish Song in Opole, winning Grand Prix – the Karol Musioł Award in the ‘Promocje (Promotions)’ competition. He is a member of the Association of Polish Authors and Composers (ZAKR), the Polish Association of Performing Artists of Music and Music with Lyrics (SAWP), and the Association of Polish Stage Artists (ZASP). He worked for two Warsaw theatres, namely Stara Prochownia Theatre (located in the Old Gunpowder Depot) and Rampa Theatre, as well as for the Aleksander Węgierko Drama Theatre in Białystok and the Jerzy Szaniawski Drama Theatre in Płock. He is an author of books for children, writes features for newspapers, and comedy scripts.

Together with his wife Małgorzata Żukrowska-Należyty, they established Krakowski Teatr Komedia (a comedy theatre), which initially operated solely as a travelling theatre. In 2013, under its aegis, Jan Jakub Należyty directed and produced the play ‘Trzy razy łóżko’ that he wrote himself, in which you could see Emilia Komarnicka, Matylda Damięcka, Marek Siudym, Piotr Skarga, and also Adrianna Biedrzyńska.

The artist also performed in stand-up comedies and satirical performances, on many occasions, for example as part of ‘Szerszeń’ and ‘Pod Egidą’ cabarets. Songs with his original lyrics are performed by Beata Rybotycka, Jacek Wójcicki, Piotr Rubik, or Emilian Kamiński. He was also an author of lyrics for some of the songs performed by Zbigniew Wodecki. He is particularly fascinated with French songs and his mastery of this particular music was demonstrated in numerous musical performances. In 2001, he worked with two other screenwriters on two television series: ‘Szpital na peryferiach’ and ‘Buła i spóła’. In 1994, he was cast in the film ‘Polska śmierć / Polish Death’ directed by Waldemar Krzystek.

As co-author of the script: 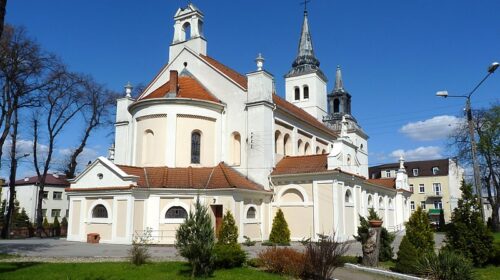