Janusz Nasfeter has become famous for his films in which he takes a look at the world from the perspective of the feelings and emotions of children. The protagonist in Mój stary is Paweł Grzela, 12, played by Tadeusz Wiśniewski, who lives with his mother in an old tenement house in Warsaw.

He deeply misses his father, who went to France many years ago. Unfortunately, shortly after the father’s return, the son starts to be ashamed of him. Contrary to the person little Paweł imagined him to be, an admiration-inspiring strongman flexing his muscles during circus performances, his father turns out to be a dog trainer with a limp.

The father is played by top-class actor Adolf Dymsza, and one of the supporting characters is portrayed by native of Toruń Helena Grossówna.

The streets of Toruń

When working in Toruń, the film crew used a tenement house at ul. Szewska 12, and an outdoor location on ul. Wielkie Garbary. 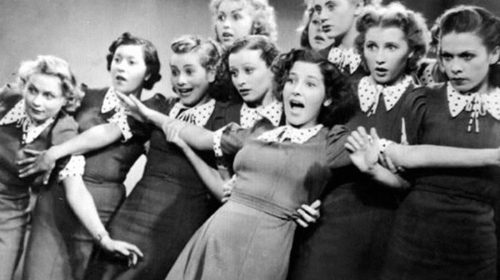