He was born on 9th February 1933, in Żnin, in the region of Pałuki, as the son of Leon Malak and Helena Malak née Maciejewska. He was an actor, director, academic teacher, and a professor of theatre.

In 1956, he graduated from Wyższa Szkoła Ekonomiczna in Poznań (The Poznań University of Economics And Business) and commenced doctoral studies, at the same time becoming an academic teacher there. Unfortunately, he stopped pursuing an academic career only a year later, and started working as an actor for the Rhapsodic Theatre in Kraków established by Mieczysław Kotlarczyk. In 1958, Tadeusz Malak passed an external acting exam. Fifteen years later, in 1973, he passed an external exam in directing. He continued working for the Rhapsodic Theatre, until 1963. Then, in the season 1963-1964, he started working for the Juliusz Słowacki Theatre in Kraków, and after that for the Helena Modrzejewska National Stary Theater, in the period from 1964 to 2000. He was also an actor performing for Teatr Telewizji (Television Theatre). He was instrumental in the development of a one-man poetry theatre, which combines respect for the spoken word of an author with a meticulously thought over interpretation.

In 1982, he played in the TV series ,,Blisko, coraz bliżej” / ,,Near, Even Nearer” directed by Zbigniew Chmielewski, in which we see the fate of a family living in the region of Upper Silesia, set against the turbulent background of political, social, and historical events that took place in the period 1863-1945. In 2003, he played in the fictionalised documentary film ,,Tajemnice Kraszewskiego” directed by Jacek Kubiak, which is a portrait dedicated to the Polish writer Józef Ignacy Kraszewski.

Tadeusz Malak worked as an academic teacher at the Ludwik Solski Academy (later renamed to the AST National Academy of Theatre Arts) in Kraków, and then its deputy vice chancellor, in the years 1996-1999. He was awarded the title of professor on 4th October 2001. In 2007, he was awarded the Gold Medal for Merit to Culture – Gloria Artis.

Tadeusz Malak died on 26th January 2017, in Kraków. He was interred at Salwator Cemetery. 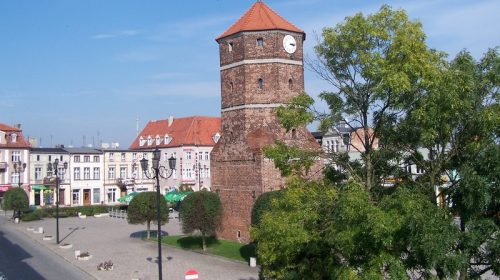