Maciej Cuske was born in 1972 in Bydgoszcz, where he graduated from the Leon Wyczółkowski Fine Arts School. While still in high school, he began creating short pictures, including music videos, on 8 and 16 mm films. His first works started to become successful and he received many accolades, for instance at the Polish Music Video Festival Yach Film.

The crowning achievement of that period was an independent feature film – a sort of a black comedy – entitled I co wy na to Gałuszko/What Do You Think About It, Gałuszko?, created by Cuske in cooperation with Marcin Sauter. Maciej Cuske was also the co-creator of the Zespół Filmowy DirPaladinoDir film studio (operating between 2007 and 2009), which he founded together with his friends from the Wajda School.

Currently, he and Marcin Sauter run an informal school for young documentary filmmakers – Bydgoska Kronika Filmowa (The Bydgoszcz Film Chronicle) – which operates at the Municipal Culture Centre in Bydgoszcz.

In 2003, he started studying at the Andrzej Wajda Master School of Film Directing. At that time, he created a picture about the patients at a sanatorium in Ciechocinek, in the Kujawsko-Pomorskie Voivodeship, entitled Kuracja/The Cure. It was hailed as one of the most-important documentary films of 2004 and received numerous accolades in Poland and abroad.

The next picture by Maciej Cuske was a documentary film entitled Antykwariat/Old Bookstore (2005), a story about the customers of a unique antiques shop located in one of the garages in the Żoliborz District in Warsaw. As part of the DirRosja-Polska. Nowe spojrzenieDir (DirRussia-Poland. A New GazeDir) project, he directed Elektryczka/Suburban Train – a beautiful story about the people taking a suburban train in Moscow. It received a great number of awards, for instance at the Kraków Film Festival, the Lubusz Film Summer, the DirCinarail – Metro and Train on FilmDir Festival in Paris and the International Film and Music Festival in Gyor, Hungary.

In 2008, Cuske directed Pamiętaj abyś dzień święty święcił/Remember the Sabbath Day to Keep It Holy, a documentary film about the preparations for his son’s First Communion.
This personal creation of the Director was applauded by the critics and recognised during various festivals. In the same year, he directed Andrzej Wajda: róbmy zdjęcie!/ Andrzej Wajda: Let’s Shoot! (filmed on the set of Katyń by Andrzej Wajda) and Na niebie i na ziemi/In the Sky, on Earth, about UFO spotters from Wylatowo in the Kujawsko-Pomorskie Voivodeship.

His first feature film was Stacja Warszawa/Warsaw Station. It received four awards – for best score, sound, cinematography, and the acting debut of Klara Bielawka – at DirThe Youth and FilmDir – the Festival of Film Debuts in Koszalin. Cuske also wrote the script for an étude entitled Romantik (2016).

As the co-founder of Bydgoska Kronika Filmowa, he has taught several-dozen graduates, who went on to receive over 60 awards for their films. The students of the BKF participated, for instance, in an international film project entitled Bydgoszcz od świtu do zmierzchu/Bydgoszcz from Dawn till Dusk, the result of which was the first 21st-Century cinematic portrait of Bydgoszcz.

Flisak – the Award of the President of Toruń at the TOFIFEST International Film Festival; the Grzegorz Ciechowski Arts Award of the City of Toruń – for outstanding filmmakers from Zespół Filmowy DirPaladinoDir, associated with the Kuyavia and Pomerania regions; the Kraków Film Cluster – an award for the design of Wieloryb z Lorino/Whale from Lorino at the Doc Lab Poland during the Kraków Film Festival; Ryszard Kapuściński Grand Prix – the Camera Obscura International Reportage Art Festival in Bydgoszcz; (Thr DirMan in DangerDir Media Festival) Honourable Diploma in Łódź; Grand Prix: the Silver Lajkonik Award – the Polish Contest – the Kraków Film Festival; Grand Prix – the DirCinarail – Metro and Train on FilmDir Festival in Paris; Special Jury Award – the International Film and Music Festival in Gyor, and others. 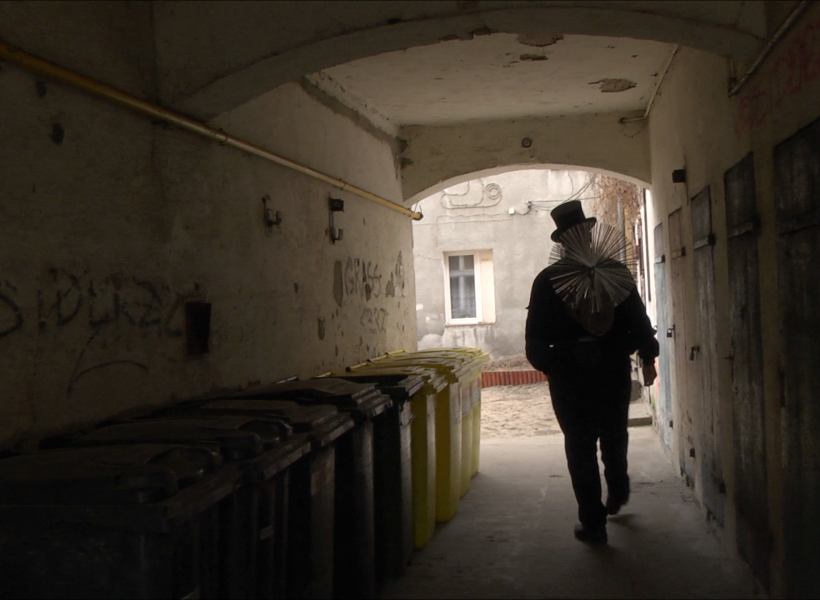