Kojot is a story about a rebellious teenager, Adam, who is trying to find love. The boy wants to have his first sexual experience with a girl he has fallen in love with. When he finally finds her, he starts a punk-rock band to impress her.

Nearly the whole of this short film by Jędrzej Bączyk was filmed in Chełmża. The film was shot not only on the municipal beach, but also in the charming narrow streets in the Old Town, and at a hangar belonging to ZHP (the Polish Scouting and Guiding Association), located on ul. Sądowa. 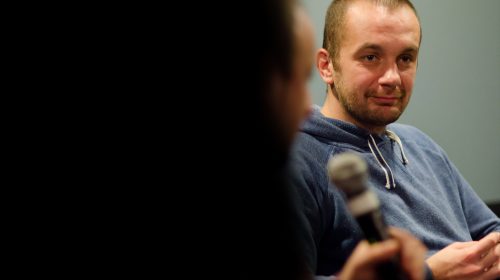