Ewa Decówna was born on 23rd June 1943, in Rypin. She is a film and theatre actress most recognisable for her role as Teresa Pilińska in „Nad Niemnem”, directed by Zbigniew Kuźmiński.

In 1966, the actress graduated from the Ludwik Solski State Theatre School in Cracow. That same year, she started working at the Polish Theatre in Bielsko-Biała, which she continued until 1967. For the successive ten years, Ewa Decówna was part of the team of actors at the Stanisław Wyspiański Teatr Śląski in Katowice. In 1977, she moved to Warsaw, when she first appeared on stage of the Drama Theatre, and then started cooperating with the Ochota Theatre. In the years 2000-2001, she performed on stage of the Wojciech Bogusławski Theatre in Kalisz.

In 1979, she made her début in a full-length TV film under the title Sytuacje rodzinne – „Bezpośrednie połączenie”/„Direct Connection in Family Situations”, directed by
Juliusz Machulski. Then, she appeared in such films as „Podróż do Arabii”/„Journey to Arabia” (1979), „Zielone kasztany”/„Green Chestnuts” (1985), or „Menedżer”/„Manager” (1985). A milestone in her career came with a role in „Nad Niemnem” (1986), which was an adaptation of the novel written by Eliza Orzeszkowa. In the film, the actress created a very memorable role as Teresa Plińska. The film had also its TV version, as a 4-episode series under the same title published in the weekly „Tygodnik Ilustrowany”. Ewa Decówna continued to appear on the big screen, for example in „Show” (2003) by Maciej Ślesicki, or „Nienasycenie”/„Insatiation” (2003) by Wiktor Grodecki.

Later on, she and her husband emigrated from Poland, and the actress was no longer part of the Polish film scene. However, she gave sporadic performances in a number of stage plays in Holland. After her husband’s death, she returned to Poland, where she continues to perform and play episodic roles in TV series, but her predominant mission is to meet with people and infect them with her passion for culture. 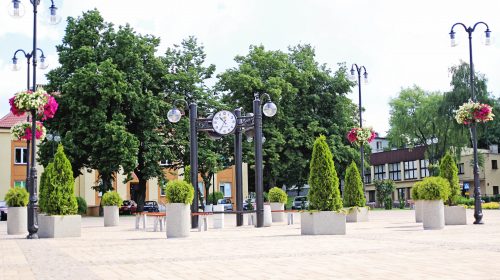