Piotr Cieślak was born on 1st November 1948, in Toruń. He was an actor, theatre director, teacher and general manager of a theatre.

In 1970, he graduated from the Department of Theatre Studies at the Aleksander Zelwerowicz National Academy of Dramatic Art in Warsaw. Directly after his studies, Piotr Cieślak became one of the founders of the innovative Theatre Studio at Grupa Azoty ,,Puławy” (a nitrogen production plant). Unfortunately, workers at the factory did not find the experimental nature of the theatre to their liking, and the state factory discontinued its financing after only three years. This way, in 1973, Piotr Cieślak ended up at the Studio Theatre Gallery, while continuing his studies, that time at the Directing Department of the Aleksander Zelwerowicz National Academy of Dramatic Art in Warsaw. He graduated in 1978. In 1974, Piotr Cieślak started working at Teatr Powszechny in Warsaw, where he also had his directing début. The very first stage production under his name was a world première of “And in The Morning They Woke Up” (1979) written by Vasily Makarovich Shukshin. In the years 1990-1992, he was a stage director at the Stefan Jaracz Theatre in Olsztyn. In 1993, he became the artistic director of the Drama Theatre in Warsaw and performed the function until 2007.

Right after finishing his studies, in 1973, Piotr Cieślak worked as an academic teacher at the Aleksander Zelwerowicz National Academy of Dramatic Art in Warsaw. In the years 1987-1990, he was a deputy dean of the Acting Department, and in the years 1990-1993 a deputy vice chancellor of the same department. In 2008, he was nominated a proxy of the Academy for the Collegium Nobilium in Warsaw. He also taught acting at the AST National Academy of Theatre Arts in Krakow the Faculty of the Dance Theatre in Bytom and also in Malmö, Sweden.

In 1991, he played the role of Kawski, an activist of the Polish Progress Party in Koniec gry, directed by Feliks Falk, in which he partnered up with Piotr Rzymyszkiewicz, also a native of Toruń.

In his private life, Piotr Cieślak was married to actress Jadwiga Jankowska-Cieślak.

He died on 12th September 2015, in Warsaw. He was interred at the Catholic Municipal Cemetery in Józefów. 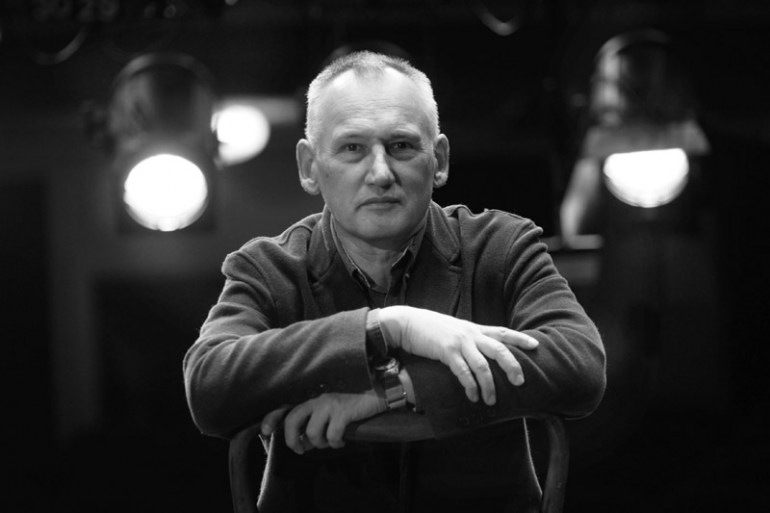