Tadeusz Samuel Chrzanowski, to be correct, was born on 18th October, 1903, in the village of Gradowo situated in the district of Piotrków Kujawski. He was a film director, screenwriter and producer.

Tadeusz Chrzanowski’s artistic portfolio is dominated by films made in the pre-war period. In 1923, he directed two films, namely ‘Kule, które nie trafiają’, which was based on his own script, and ‘ Awantury miłosne panny D.’, based on a script written by Albert Wywerka. In both of the films we can see actor Leon Buczkowski, who would later on continue his career as a film director, for example as the author of ‘Zakazane piosenki / Forbidden Songs’ (1946) with Helena Grossówna and ‘Przygoda na Mariensztcie / What Happened in Marienstadt’ (1953). In 1930, Tadeusz Chrzanowski debuted as a film producer for the film ‘ Sztabskapitan Gubaniew. Golgota ziemi chełmskiej’, which he also directed and wrote the script for. He would also combine the roles of a producer, director, and screenwriter in the film ‘Awanturki jego córki’, which did not survive to this day. In 1938, he directed the film ‘Za zasłoną / Behind the Curtain’, which turned out to be the last production in his career.

In his private life, Tadeusz Chrzanowski was married to actress Lili Zielińska from the pre-war ear, who used the stage name of Lili Lyan. In the 1930s, she also performed on theatre stages in Bydgoszcz and Toruń. The actress was killed during the Warsaw Uprising of 1944.

Tadeusz Chrzanowski passed away in January 1972. 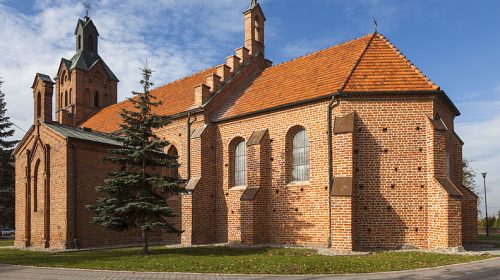