Actress Anna Bonna was born in Świecie, on 10th November 1972. She is part of the team of actors working at the Polish Theatre in Bydgoszcz, and has appeared in a number of popular Polish TV series.

She got an education in acting at the Acting Studio of the Stefan Jaracz Theatre in Olsztyn, which she graduated from in 1995. She started her career in acting by appearing in a musical „Pinocchio” directed by Jacek Medwecki, which premièred at the theatre in Olsztyn, in 1991. In that musical, Anna Bonna played three different characters: a townswoman, a squirrel, and a dancer.

In 1993, her acting talent was appreciated by a former director of the Hieronim Konieczka Polish Theatre in Bydgoszcz, where she continued to work until 2004, appearing in numerous plays as memorable characters appreciated by the audience. In 2001, Anna Bonna received the Hieronim Konieczka Award given for outstanding actors of the Polish Theatre in Bydgoszcz. One year later, she received a prize from the President of Bydgoszcz awarded as part of celebrating the International Theatre Day, and the „Laur Grzymały” Prize given by Towarzystwo Miłośników Miasta Bydgoszczy (The Association of Bydgoszcz Enthusiasts) for the most interesting supporting roles in the Polish Theatre.

In addition to her theatre appearances, the actress was cast in the most popular Polish TV series, including „Klan” or „M jak miłość”. In the TV series „Sąsiedzi”, she portrayed Marzena Tokarczyk, a neighbour of the Wiśniewski Family, and in „Plebania” she played Samanta. In 2004, she had a role in a short film „Nasza ulica”/„Our Street” by Łukasz Palkowski, in which she played the mother of Marysia, alongside such famous actors as Anna Dymna or Tomasz Karolak. 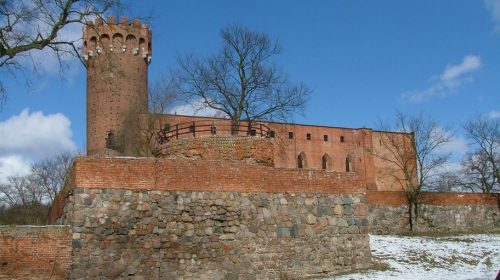