She is a Polish film and theatre actress, born in Bydgoszcz, in 1981.
She started an amateur theatre with a couple of her friends as early as in secondary school. She is a graduate of the AST National Academy of Theatre Arts in Krakow. While studying, she made her début on stage, in television, and film.

In 2003, she started working in Teatr Rozmaitości (Variety Theatre) in Warsaw.  Her first theatre appearance was in the stage play Disco Pigs, adapted from a play by Enda Walsh, and directed by Krzysztof Jaworski.

She made her film début in the comedy Pogoda na jutro/Tomorrow’s Weather by Jerzy Stuhr. One year later, in 2004, she played in the award-winning short film 3 Love by Agnieszka Smoczyńska, and in 2005 in Oda do radości/Ode to Joy, which marked her first role acclaimed by film critics.  In Warszawa/Warsaw by Jan Komasa, Roma Gąsiorowska played Marta, the girlfriend of hip-hop artist Michał, portrayed by a native of Toruń Piotr Głowacki. The film was awarded with the Special Jury Award in Gdynia and Koszalin.

The film portfolio of Roma Gąsiorowska features many roles in TV series, including Pitbull, The Londoners, Ratownicy, Bodo, Ojciec Mateusz, or Przyjaciółki.

The first decade of the 21st Century saw a long run of important roles by Roma Gąsiorowska, which brought her a nomination for the Zbigniew Cybulski Award, in 2009, and many more. During that period, she performed in Tatarak/Sweet Rush (2009) by Andrzej Wajda, in the début films Futro (2007) and Zero (2009) by Paweł Borowski, and in Moja krew/My Flesh My Blood (2009) by Marcin Wrona. She also performed in Jestem twój/I Am Yours (2009) by Mateusz Grzegorzek, in the comedy Rozmowy nocą (2008) by Maciej Żak, and in Kochaj i tańcz/Love and Dance (2008) by Bruce Parramore.

In 2009, she played one of her most-important roles to date, in Wojna polsko-ruska/Snow White and Russian Red, an adaptation of the book by Dorota Masłowska, directed by Xawery Żuławski, and in Moja nowa droga, the award-winning short film by Barbara Białowąs (it won an award at the Gdynia Film Festival and dir.Grand Prix at Toruń Short FF, and many others). Her role in the film by Xawery Żuławski brought her the Golden Puppy Award for a supporting female character, at the Tadeusz Szymkow Film Actors’ Festival in Wrocław.

Her performance in”KI/My Name Is Ki” – the début film by Leszek Dawid, brought her the Golden Lions Award for the leading female character. Film critics emphasised that the role by Roma Gąsiorowska was spectacular. In the film, Roma created an unconventional and ambiguous character. Roma Gąsiorowska, who was 30 at the time, played a single mother of a two-year-old Piotruś haunted by many different problems.  Without the father of the child to support her, she has to take care of him on her own. It is too much for her to cope with all the duties connected with raising the little boy. She would still like to be a party-going young woman, but reality forces her to abandon this style of life.

In 2011, she returned to Jan Komasa and played in Sala samobójców/ Suicide Room. She played Sylwia, the demonic “girl from the computer,” creating a superb acting duo with Jakub Gierszał (a native of Toruń), in the leading role. The film won the Silver Lions Award in Gdynia, the FIPRESCI Award at the Off Kamera FF in Kraków, and an award for the best Polish début film at the New Horizons International Film Festival in Wrocław, as well as awards at film festivals in Toronto, Los Angeles, and Geneva.  The film got a lot of publicity in the media, which sparked a national discussion about young people and their addiction to the Internet and video games, which results in their growing loneliness and alienation from the world.  Roma Gąsiorowska is also no stranger to comedies, and she often played in films, which later became very successful, in terms of the size of audiences, for example in Listy do M./Letters to Santa (2011) and Listy do M.2/Letters to Santa 2 (2015).

In 2017, she played in the excellent family film Tarapaty/Double Trouble by Marta Karwowska, in which she partnered Joanna Szczepkowska, Jadwiga Jankowska-Cieślak, and Krzysztof Stroiński.  The film marked her second on-screen cooperation with Piotr Głowacki.

The year 2018 marked the première of the comedy Plan B by Kinga Dębska, in which Roma Gąsiorowska performed alongside Kinga Preis, Marcin Dorociński, Edyta Olszówka, and Marian Dziędziel. In Podatek od miłości/Taxing Love by Bartłomiej Ignasiuk, she created a successful duo with Grzegorz Damięcki.

One of two films with Roma Gąsiorowska is still in post-production in 2018, namely Ciemno, prawie noc/Dark, Almost Night by Borys Lankosz, while Serce nie sługa by Filip Zylber had its première in October 2018. 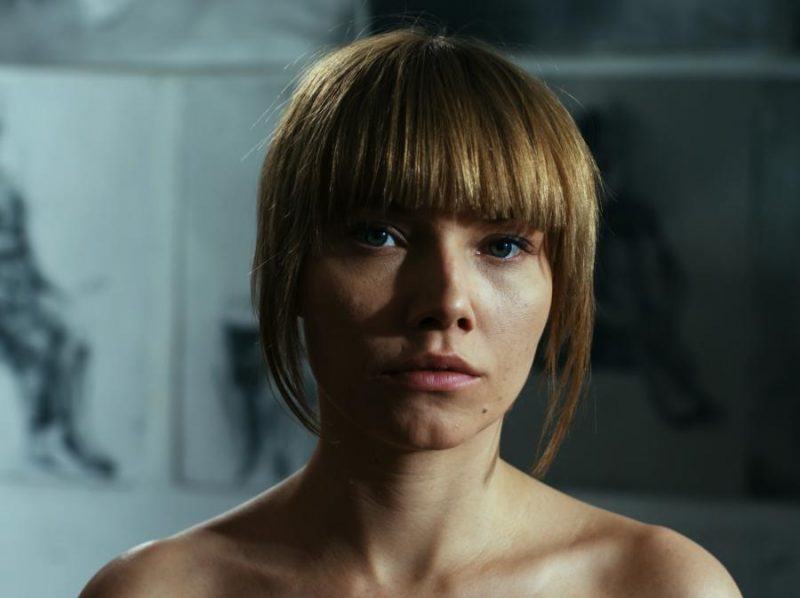 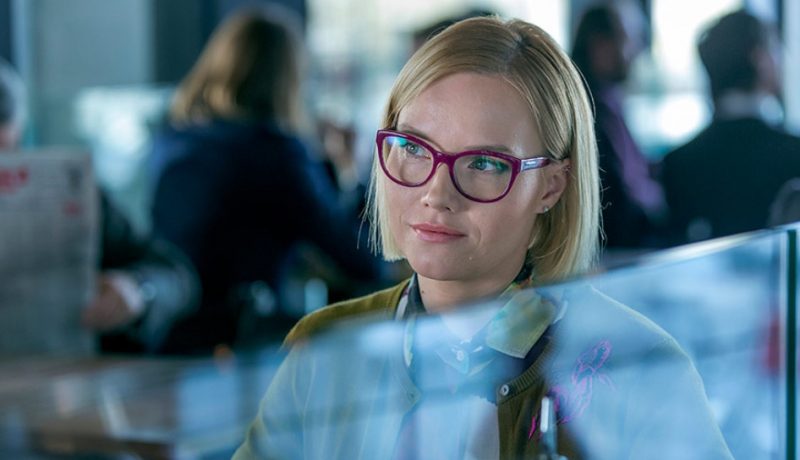 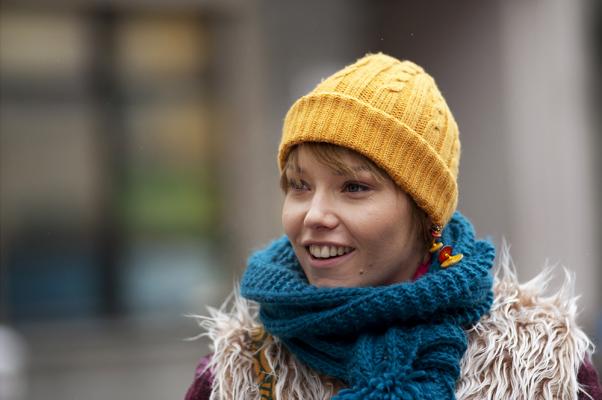 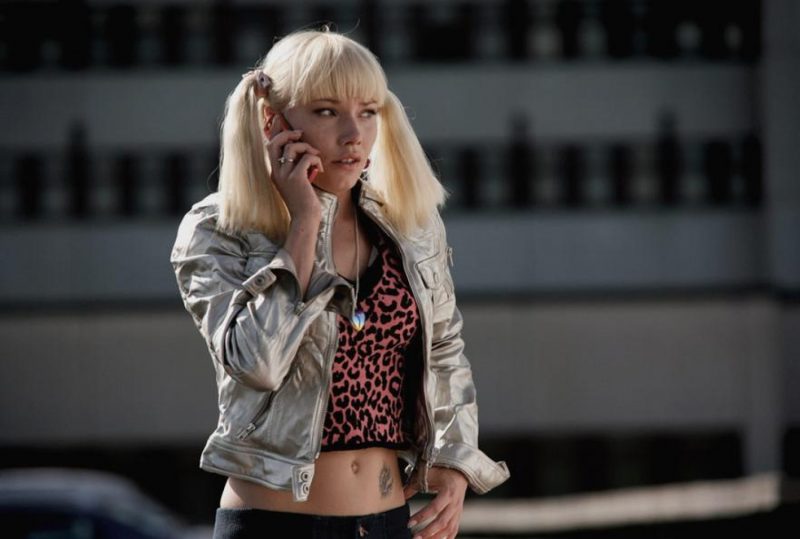 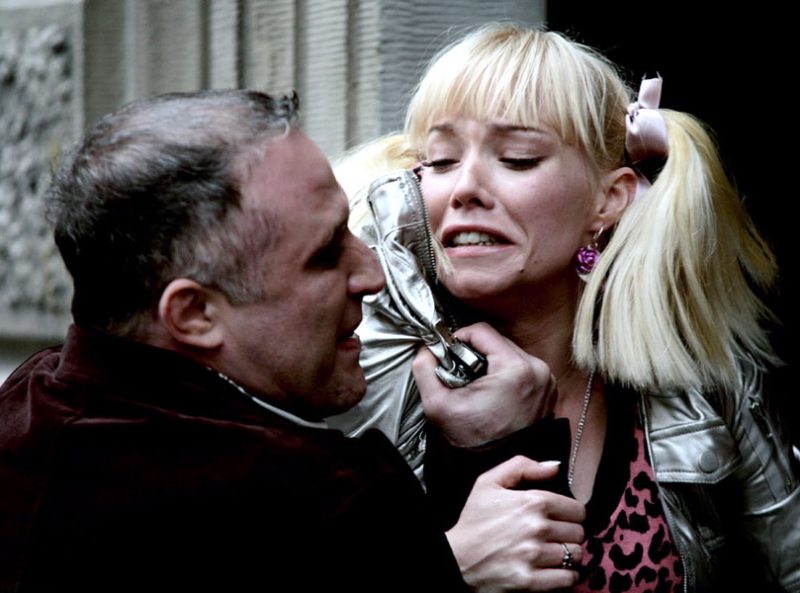