The origins of Lipno date back to the early Middle Ages, which is suggested by archaeological finds from that era indicating that there used to be a strategic point located within the area of the contemporary city. In 1349, Lipno was granted its borough rights.

The central point in the city is the market square, with mostly neoclassical buildings from the first half of the 19th Century. The late-classical Town Hall, built in 1836, is undoubtedly one of the distinctive buildings in the square. The Town Hall finial has the form of a four-sided pinnacle, at the top of which there is a sculpture of a little angel with a trumpet, most probably designed and made by Jerzy Chałupiec, a local metalsmith, and father of famous actress Pola Negri.

Lipno is the birthplace of the great Polish actress Pola Negri, born Barbara Apolonia Chałupiec, a shining star of cinema in Poland, Germany, and America, and one of the very first-great stars of international cinema, especially of silent films.

On 24th October 2005, the Pola Negri Exhibition Room was opened in Lipno, as part of the celebrations accompanying the unveiling of a memorial plaque dedicated to the actress. The initiator of establishing the museum was Dorota Łańcucka, a local teacher. Some of the items on exhibit at the museum were donated by Alojzy Bukolt, a pre-War film expert and admirer of the talent of that Polish actress. The exhibition room is located in the building of the Municipal Cultural Centre and run by the Pola Negri Culture Society in Lipno, which has held an annual Film Retrospective under the name Pola i inni (Pola and Others), for 12 years. The collection exhibited at the museum contains numerous photographs of Pola Negri, publications dedicated to her, letters, and many other valuable mementoes. In addition to the exhibits, the museum also presents a preserved fragment of an amateur film, in which one can see Pola Negri and Charlie Chaplin. 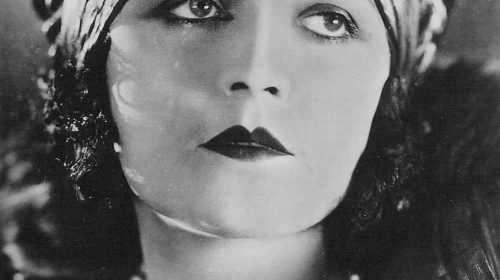