In 1965, he graduated from the Aleksander Zelwerowicz National Academy of Dramatic Art in Warsaw. That same year, he started working at the Bydgoszcz branch of the Juliusz Osterwa Theatre in Lublin. In 1966, he reinforced the acting team performing at the Classical Theatre in Warsaw, where he continued to perform until 1971. In the successive years, he worked for theatres based in Szczecin, namely for the local Drama Theatres (until 1975), then for the Contemporary Theatre in Szczecin (in the years 1975-1979 and 1981-1987), and for the Polish Theatre in Szczecin (in the years 1979-1981). The actor was predominantly cast in comedies and drama films. He also tried his hand at film directing.

In 1964, Mirosław Gruszczyński was cast in the film ‘Banda / The Gang’ directed by Zbigniew Kuźmiński. Three years later, in 1967, he appeared in the psychological drama ‘Stajnia na Salvatorze / Stall on Salvador’ directed by Paweł Komorowski. In 1969, he played in the drama ‘Znicz Olimpijski / Olympic Fire’ directed by Lech Lorentowicz, a factual story about the fates of the Polish ski champions Helena Marusarzówna, Bronisław Czech and Stanisław Marusarz who got involved in the resistance movement during WWII. In the 1970s, Mirosław Gruszczyński played in the film ‘Urodziny Matyldy / Matilda’s Birthday’ directed by Jerzy Stefan Stawiński. One year later, in 1975, he was cast to play the main character in the historical film ‘Tylko Beatrycze / Only Beatrice’ directed by Stefan Szlachtycz. In 1976, Mirosław Gruszczyński gave an interview for ‘Słowo Powszechne’ daily newspaper, in which he commented on his appearance in the latter of the films, and said: “It was my impression – and I have to add it was a very welcome impression that I myself needed very much – that I was part of an endeavour bearing great intellectual significance, and that it was dedicated to a cause, instead of just being a grab for money.’

The actor also appeared in many television plays.

Zbigniew Gruszczyński died tragically on 11th August, 1989, in Szczecin. He was interred at the Municipal Cemetery at ul. Chopina, in Włocławek. 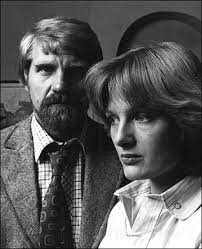 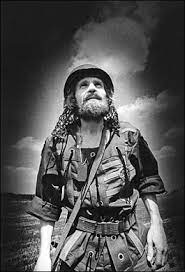 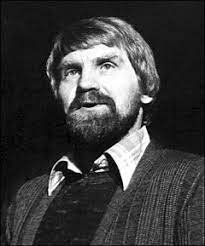