He was born on 12th May, 1978, in Tuchola. He is a jazz musician, saxophone player and clarinettist, composer and producer.

He has graduated from the Arthur Rubinstein Music Schools Group in Bydgoszcz, saxophone class, and from the Faculty of Music Education at the local Kazimierz Wielki University. Throughout his music career, he was a member in the following music groups: Kult, El Doopa, Sing Penelope, Contermporary Noise Sextet, Speis, and Glabulator. In the years 1999-2001, he was part of the band 4 Syfon, and then, in the years 2004-2012, he played in the band Buldog.

Tomasz Glazik has composed music for the documentary film ‘Miasteczko’ (2010) directed by Krzysztof Kownas and ‘Dama’ (2015) directed by Maria Dłużewska. The soundtrack composed for the latter of the two documentaries features his own performance on saxophone and keyboard. As a music performer, he was also featured in the following two film productions: ‘Rozdroże Cafe / The Cross-Way Cafe’ (2005) directed by Leszek Wosiewicz and ‘Made in Poland’ directed by Przemysław Wojcieszek. 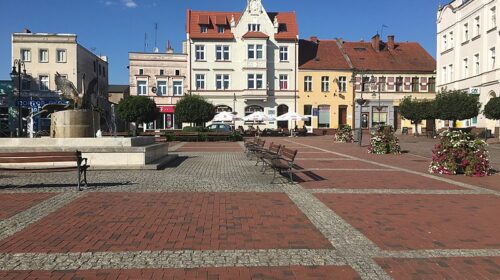