This film by Maciej Bochniak is dedicated to the phenomenon of  Disco Polo music in Poland. The dynamic narrative in the film takes you on a journey into the world of young and talented musicians, who conquer pop-music charts in a daring way.
It is also a story about the state of mind of the Polish people at the very beginning of the free-market era, when everything seemed possible.

The cast in the film featured film stars of the young generation, for example Dawid Ogrodnik, Piotr Głowacki, and Joanna Kulig. In supporting roles, we see  Disco Polo musicians, such as singer Tomasz Niecik, leader of Classic, and Robert Klatt and Radosław Liszewski, both members of Weekend.

The film was made in the period from 6th August 2014 to September 2014.
All the scenes in outdoor locations were filmed in several places around Kujawsko-Pomorskie, i.e. in Piechcin, Bożejewiczki near Żnin, and Niwy near Bydgoszcz.

Located in Pałuki near Pakość, the Jurassic limestone pit in Piechcin is shown in the very-first scene in the film, when a group of oil miners dig down to an oil deposit.

Silverado City amusement park in Bożejewiczki is situated near Żnin.
In Silverado City, the film crew shot many scenes for the film, including the one in which the main protagonists come in their car to a big amusement park, which in the film symbolises the world of Disco-Polo show business.

Supplementary to the scenes shot at Silverado City were the outdoor locations located in the small town of Niwy, including a hotel centre built along National Road 5, which connects Bydgoszcz, Świecie, and Gdańsk, and goes past Niwy. 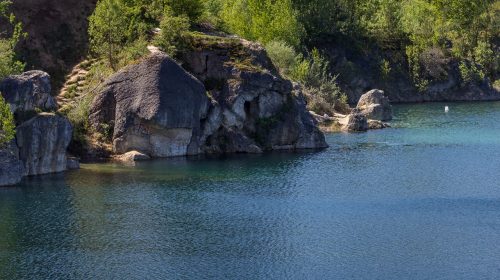